The Hamilton Custom House (1858-60) is one of the oldest remaining ‘federal’ public buildings in Canada. Its style and construction reflect the rise of Hamilton as a major railway and Great Lakes port. It is often cited as “one of Hamilton’s foremost architectural landmarks.”

Designed by Frederick J. Rastrick and F.P. Rubridge, the Custom House is an excellent example of Italianate architecture in Canada. With its rusticated base and smooth upper storey, the building drew its inspiration from the Renaissance palaces of Rome and Florence. The classical detailing and stonework are exceptionally fine. The Italianate influence was popular for commercial architecture in Canada from the 1840’s until the 1870’s.

The Custom House is a designated National Historic Site and through the Ontario Heritage Foundation, have been recognized as a heritage easement site. The building went through many different uses after it stopped functioning as a Custom House; below is a brief chronology of the Custom House.

In 1855, the Legislature authorized construction of a new Custom House in Hamilton to handle the trade flowing through the Port of Hamilton and along the new Great Railway line. In 1858, teams of highly skilled stonecutters, stonemasons, carpenters, and other craftworkers, along with plenty of day labourers, began work on a building that the Hamilton Spectator called an “ornament to the city and a credit to the commerce of Canada.” In 1860, construction was completed and the Customs Department moved into an elegant two-story structure.

From 1860 on, seventeen men started earning their wages in the building as staff of the Customs Department. Most of them were white-collar workers who dealt every day with the dozens of sailors, longshoremen, railwaymen, and teamsters delivering and picking up goods subject to duties. The caretaker and messenger of the Custom House lived on the premises with his family.

In 1872 , the Nine-Hours League in Hamilton organized a parade through the city streets that passed by the front door of the Custom House. One of the marchers was Alexander Wingfield, a Scottish-born railway-shop worker and poet well known in the city for his verse and songs. He penned a tribute to the marchers entitled The Nine-Hour Pioneers. A few years later he got a job in the Custom House. In 1887, the Customs Department moved out.

In 1887, the Hamilton Board of Education rented the building to help meet the crisis of space for elementary schooling. The School Board set up two classes in the building and used the backyard as a playground. The next year, night classes opened in the Custom House for boys and girls who had to work during the day.

In 1893, the Hamilton YWCA rented the building to open the North End Branch. Girls can take classes in cooking, sewing, and housekeeping from the upper-class women on the YWCA Board. Starting in 1903, they could join a penny savings bank. The next year, the YWCA moved out, and relocated farther along the street in the former Hamilton Street Railway offices.

In 1860, the man who had been hired as caretaker and messenger at the opening of the Custom House was able to move into the building with his family. The son of one of these custodians later remembered having to help out by emptying wastepaper baskets and shoveling snow. When the Customs Department left the building, this family also moved out.

In 1887, when the School Board took over the Building, the janitor of the Murray Street School (located right behind the Custom House) was given a place to live in the building. He stayed for twenty years.

In 1908, the Associated Charities of Hamilton took over the Custom House to provide accommodation for the homeless, especially recent British immigrants. One man who was born in the building later recalled that his parents lived there for a year. Years later, men who had been riding the rails clambered up from the railway tracks to bed down for the night in the basement of the Custom House.

In 1912, the Custom House stood empty and derelict – a leaking roof, broken windows, gas and water torn out. When a fire destroyed the three-story vinegar factory next door, its owner bought the Custom House to carry on production. For a few more years vinegar was manufactured in the building.

In 1915, the Woodhouse Invigorator Company and the American Computing Company rented space in the building, apparently to manufacture their products.

In 1917, the Ontario Yarn Company moved in. The next year it changed its name to the Empire Wool Stock Company. The men and women working here turned out woolen yarn for the city’s many knitting mills.

In 1920, a fire broke out on the second floor of the building and destroyed the roof and attic. In the rebuilding, a third floor was added inside the original walls.

In the 1950’s, the Empire Wool Stock Company closed, along with most of the rest of the Hamilton’s textile industry.

In 1956, the Reio family opened the Naples Macaroni Company. The workers in the factory were mostly women from the Italian immigrant community living in the neighbourhood. The company also packed olives in the basement, and rented space on the first floor to a doughnut manufacturer.

In 1979, the Health Department closed the factory. The building again sat empty and decaying for several years.

In 1988, a martial arts academy opened in the building. The Provincial Government poured $400,000 into renovations and restoration.

In 1992, the building was sold through power of sale to a computer company, which declared bankruptcy a year later.

In 1995, the Ontario Workers Art and Heritage Centre bought the building and held a one-day, pre-renovation opening to celebrate the long working-class history of the building.

In 1996, the Ontario Workers Arts and Heritage Centre opens in the restored and renovated Custom House as an interpretive centre for workers’ history and culture. 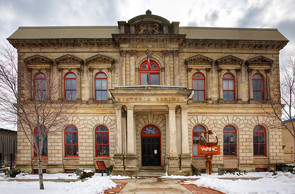 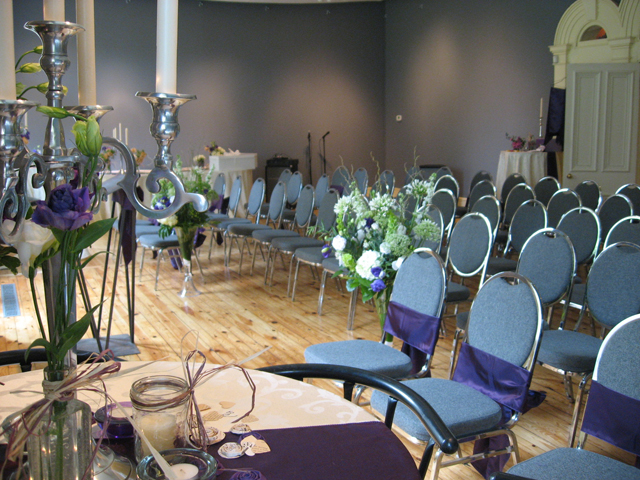 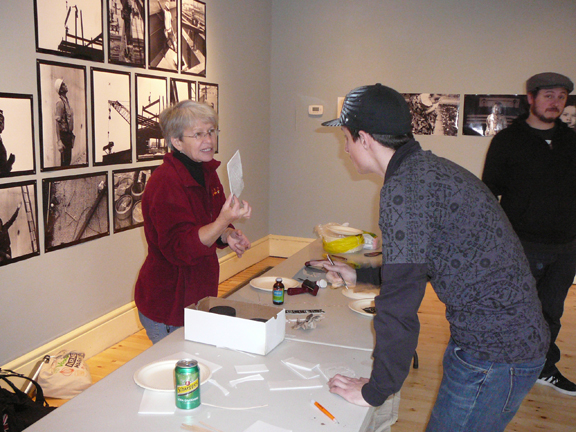 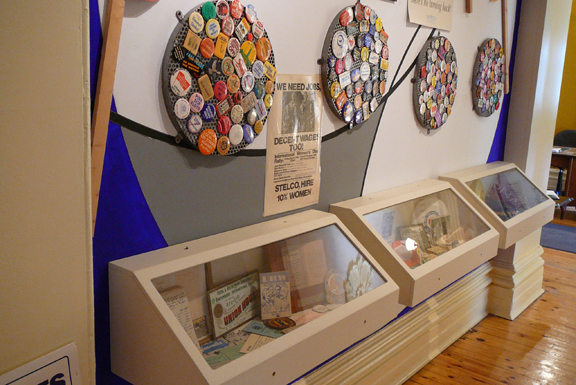 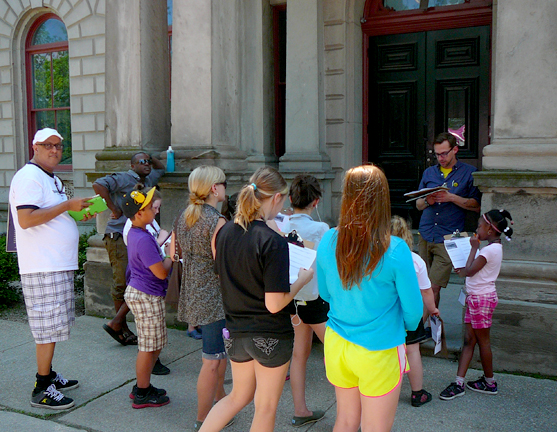 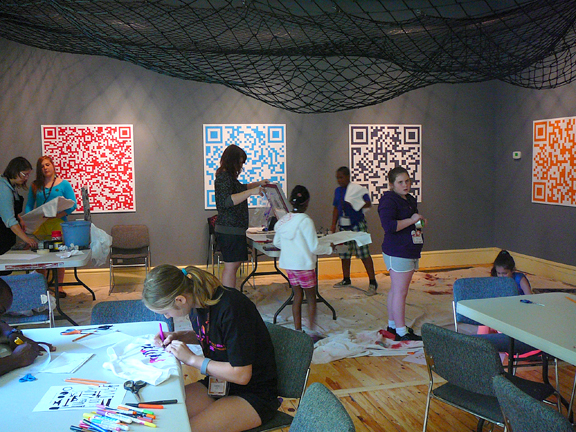 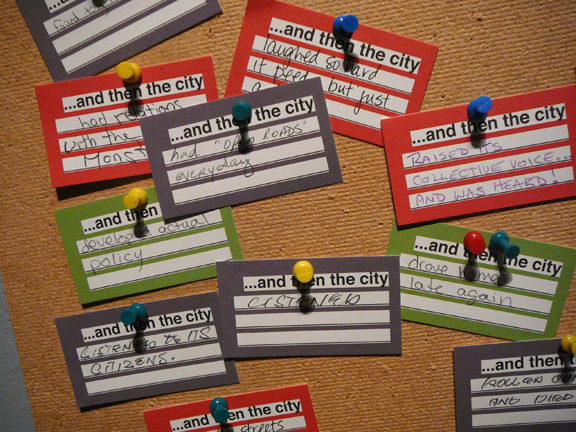 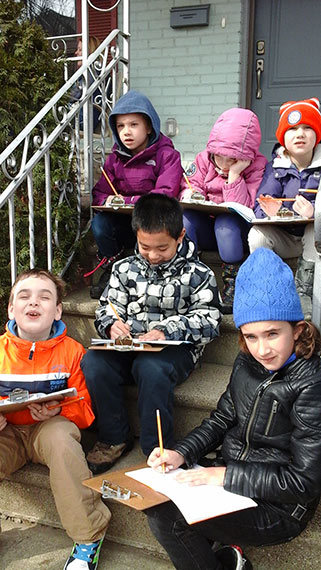